Excellent A level results across the trust 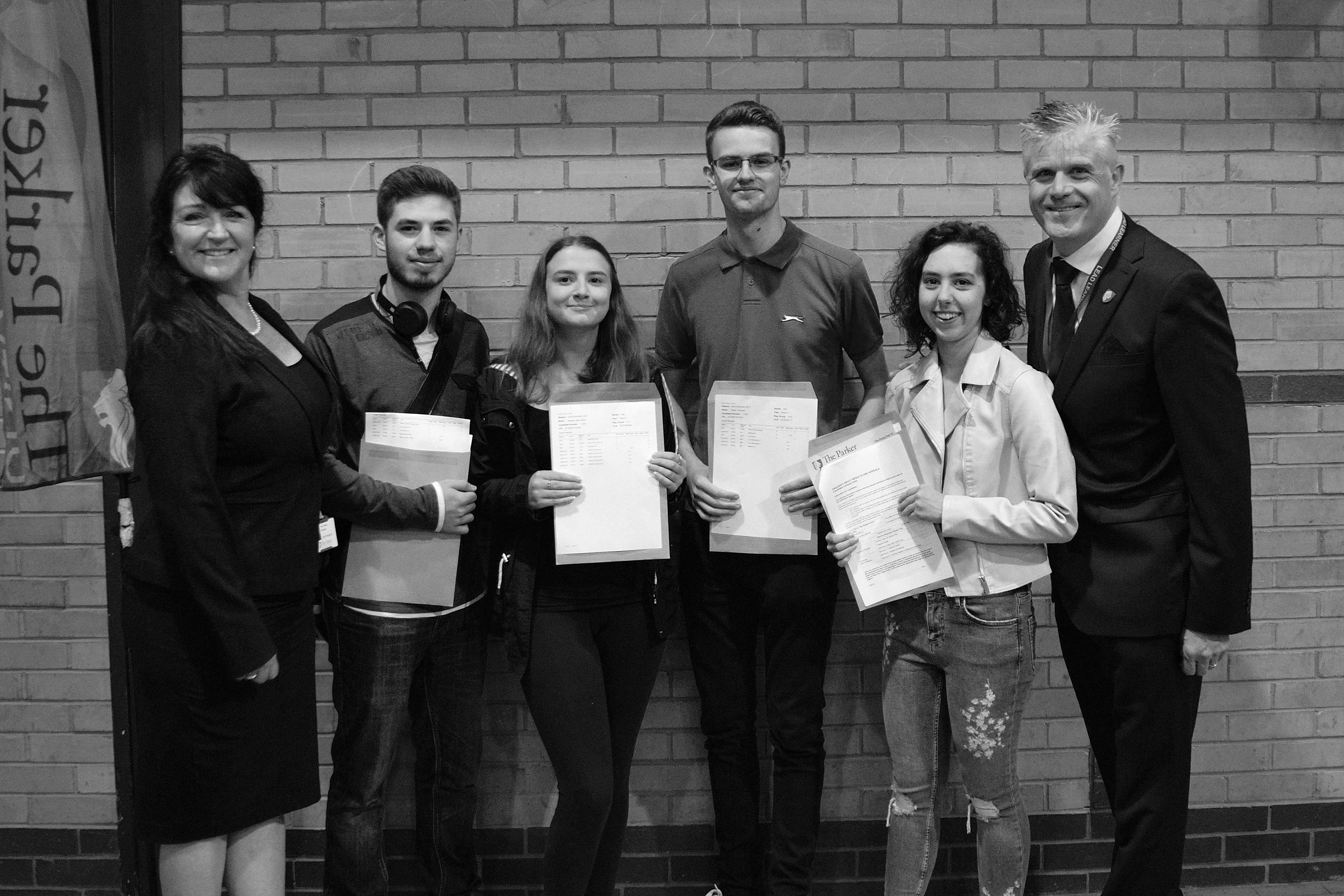 The entire E-ACT community is today brimming with pride as we celebrate the achievements of those students getting their A level results at E-ACT academies across the country.

Excellent results across the trust

Eight of our 24 academies have sixth forms, and today we are delighted to report that the average point score for A levels across the trust has increased from 18.86 in 2016 to 24.37 in 2017. All but just one E-ACT academy has experienced increases in this measure in 2017.

E-ACT students taking applied general qualifications (AGC) have had an astonishing year. AGCs are rigorous advanced level three vocational qualifications and include the BTEC. Across the trust the average point score has increased from 34 (distinction) in 2016 to 39 (distinction+) in 2017, a standard that sits above the national average of 34.

The next step in an exciting career

We have enjoyed a wonderful morning speaking to ecstatic E-ACT students across the country. In some cases we managed to speak to them just a short time after they had ripped open their results slips, making it difficult to get a word in edgeways!

First up, Parker E-ACT Academy student Harry Whitrow, who achieved straight A* grades in mathematics, physics and chemistry. Astonishingly Harry had assumed the worst over the summer break: ‘with A levels being as difficult as they are, I wasn’t sure what to expect.’

Fearing that he was the subject of a prank or that he was somehow misreading his results, he handed his results slip to his father while he took a moment to collect himself: ‘I just didn’t know what to do with myself. These results were beyond anything I could imagine.’

Harry will be starting his degree in civil and structural engineering at the University of Sheffield in September. He enjoys using his mathematics and physics skills to create things, and feels that he now has the opportunity to really make those connections.

Rubi Asma, a student at North Birmingham Academy, spent much of her summer holidays in a state of nervousness. Having worked so hard towards her studies, staying on at the academy after hours to get ahead of her work, Rubi describes being both ‘happy and shocked’ at the sight of her results slip, achieving higher grades than her university had asked for. She leaves NBA for Coventry University to study psychology having achieved double distinctions in health and social care and a merit in science.

High fives all round for Mohammed

West Walsall E-ACT Academy’s Mohammed Abdal was so excited at having attained an A* grade in mathematics, an A in Biology and an A in chemistry he ‘high fived Miss Joss’. Mohammed is waiting to hear from his first choice university, the University of Liverpool, but is equally happy to take a gap year so that he can ‘get lots of work experience’. Mohammed is also planning to learn to drive, and if his A level results are anything to go by parallel parking will be a doddle.

Shenley Academy’s Breeanne Brunt is ‘proper excited’, and we can see why. Her passion for midwifery stems right the way back to when she was just 10 years old. Having achieved a triple distinction in her BTEC Extended Diploma in Health and Social Care, Breaanne has gained a place to study midwifery at Birmingham City University.

‘Just four weeks and one day to go…’

The award for best celebration upon receipt of results goes to Heartlands’ Asheka Johnson, who not only repeatedly jumped on the spot screaming at the sight of her grades, but she also almost completely destroyed her mobile phone as it came loose from her pocket during her triumphant celebrations.

Being the excellent student she is, Asheka was already holding an unconditional offer to study history at the University of Hull. She is, to put it mildly, excited to be moving into university halls; ‘just four weeks and one day to go’, not that anyone’s counting…

Many E-ACT students today leave their academies for the last time as they depart for exciting university and apprenticeship opportunities. We wish them all the very best, and we look forward to catching up with them over the years as they progress in their careers.

Interested to know what life at @Cambridge_Uni⁩ is like for a science student? Read our interview with Nidhi – an a… https://t.co/WKidURLMjY
Enjoy your residential! https://t.co/WFSJjdlOyy
We're delighted that @PerryCourtPri was ranked 'Good' by Ofsted in the first inspection since becoming part of E-AC… https://t.co/AdwI1koMnR
Follow us