Wembley Arena, BBC Radio Sheffield and a viral music video: a year in the life of Parkwood E-ACT Academy’s DIVA

A Pupil's Perspective by DIVA 8 January 2020 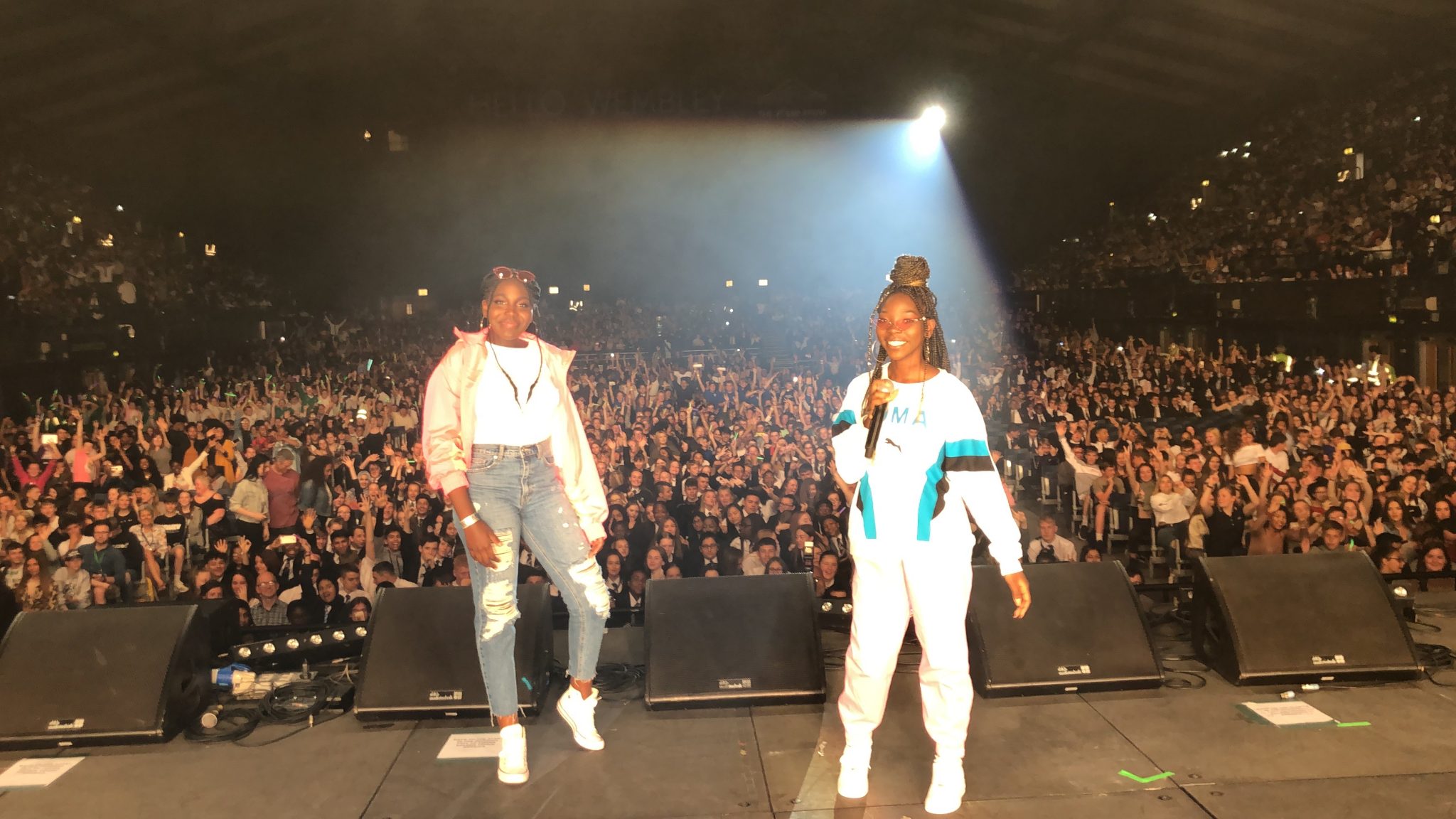 DIVA is a band made up of three talented Parkwood E-ACT Academy Year 10 students. DIVA is:

It’s been an unbelievable year for us as a band. Since winning one of the Spotlight awards at the National Pupil Celebration event back in 2018, more and more amazing things have happened for DIVA. We’ve played a gig at Wembley, had one of our songs played on the radio and gained loads more followers on social media. We can’t quite believe it!

Our story starts back in Year 7. Our music teacher, Mr Swallow, had noticed that we were all interested in music and offered us extra classes so that we could learn to play instruments. He then suggested we all play together to see how that sounded.

When we first played together, we were shy. Being part of the band has definitely made us all feel much more confident. Now, we get together on our own and just play whatever we want. We usually practice at least twice a week, playing different songs and writing our own music. Our aim is to bring more diversity to the music industry.

Our music teacher Jordan has inspired us, as he’s a musician too. He’s always working hard to make us all better musicians, and he’s also teaching us how to promote the band. He helped us to get our song ‘Feelings’ played on BBC Radio Sheffield, which was amazing. It’s also thanks to Jordan that we ended up playing in front of 10,000 people at Wembley Arena!

“The adrenaline rush before you get on stage in front of that many people is crazy.”

Jordan helped us to put together an application for Transformation Trust’s Rock Assembly, a competition for school bands. We had to imagine what we would do to promote our band. As we already had all our social media channels up and running, a YouTube channel, our own music on Spotify and our own videos, we stood apart from the rest of the competition and won the opportunity to open Rock Assembly at Wembley Arena.

The adrenaline rush before you get on stage in front of that many people is crazy. The nerves really get you. But once we were on stage, we forgot everyone was there and enjoyed every second. We felt lucky to be opening such a big concert for acts like Chip, Professor Green and Razorlight. We got to see them backstage, but we didn’t want to fangirl too much – we wanted them to think that we were on their level!

“We have lots of friendly banter and like to tease each other – you could say that we are all divas at times!”

Another highlight of this year was when Precious teamed up with Jordan to cover The Circle of Life from The Lion King. We posted the video on Facebook over the summer holidays and it got picked up by a huge music sharing account. The video went viral… it has over 14 million views (and counting)! The great thing about that was that it meant we got even more followers on DIVA’s Instagram and Facebook page, gaining another 6,000 followers on Instagram. We don’t usually let Jordan sing with us, but this time it was a good idea. We have lots of friendly banter and like to tease each other – you could say that we are all divas at times!

The next chapter for us is planning a school tour to connect with people our age and spread our music further. We’ve already got lots of new music recorded and we’d like to launch it in an interesting way. We’re either going to go around schools in Sheffield or get out to different cities – we’d love to visit the other E-ACT academies.

Before all that, the most important thing for all of us this year is getting ready for our GCSEs. We’ll have to fit rehearsals in around studying, as that’s the main priority right now. We’ve all chosen to study music at GCSE, of course, and it’s safe to say that we’re all feeling pretty confident about that one!

A Pupil's Perspective by DIVA

Give us your #ThursdayThoughts on this maths problem! Can you crack it? #MathsRocks https://t.co/80ooY9oVs6
Follow us